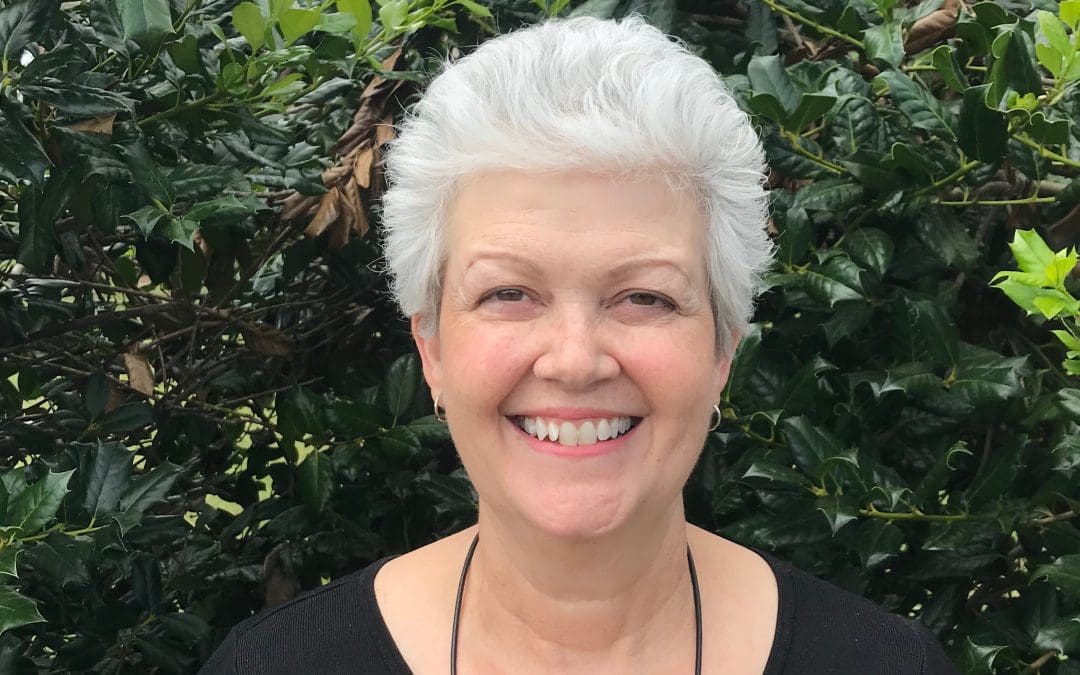 Over the past year I have been on medical leave as I have been battling breast cancer.   I want to thank my incredible staff and all our volunteers for carrying on the mission of HFHMC in my absence.   Everyone has done an outstanding job!   You are all a God-send and have been a wonderful part of this amazing family impacting so many.   Thank you for your dedication and support.   This article was recently featured in the Community Journal and I would be honored if you allowed me to share with you how trials and tribulations can in fact be adventures.   I have now completed all my treatments and have returned to work and look forward to seeing how God will grow this ministry to bless many more in our community.   Myra Sanderson, Executive Director.

The toddler reached over, kissed Myra’s head and said, “It will come back, Mimi.”

Then, after thinking about her other grandfather whose thinning hair was not caused by cancer, the little girl continued, “Poppy’s hair is not coming back.”

It was true. Myra’s hair loss was just one step in her adventure, a term she chose to describe her battle with breast cancer. At 58, the executive director for Habitat for Humanity of Madison Countywas facing one of her biggest fears, but she wasn’t about to let that diagnosis steal her happiness.

“I did not want to be defined by the cancer,” Myra said. “I still wanted to have my personality of being joyful.”

In August 2017, Myra had a full hip replacement surgery. It was a big deal, leaving her away from work for close to two months. At the end of her leave, she tried to get all of her doctors appointments scheduled so she wouldn’t have to miss more work once she came back. One of those appointments was a mammogram, something she’d missed the year before.

Myra had been the first to find the lump in her breast. So she had the doctor check it, and he immediately sent her for more testing. She got an ultrasound, and those results also looked suspicious. Her ultrasound appointment was at the end of the day, so she had to wait overnight to talk to the doctor again. Two days later Myra had a biopsy and learned the truth: At 58 years old, Myra had triple-negative breast cancer.

“It is a type of breast cancer that is not hormone responsive,” Myra said. “It has no receptors to receive any hormone treatment. So, it responds to aggressive chemotherapy, which I had, and then surgery.”

Soon Myra was going through something called Red Devil chemotherapy —who thought that was a good name for an already scary treatment?

Everyone has one or two big fears, things they’d never want to go through. For Myra, it was chemotherapy.

“That was just one of those things I always thought was horrific, and here I was facing it,” Myra said.

The night of the suspicious mammogram, Myra went home understandably terrified. She didn’t know what the future looked like or if she was even going to live. Thankfully, peace came sooner rather than later.

She spent the day between the mammogram and the diagnosis outside, praying and meditating on a beautiful, Alabama, October day. While she was meditating, Myra had a vision of herself being fearless and joyful.

“I was led to the scripture, Psalm 34: 4-7, which in my version, talks about how God will take all of our fears … and replace it with radiant joy,” Myra said. “I clung to that promise. I clung to it.”

Myra knew right then that whatever happened, it would be OK. There were still moments where fear crept in, but she knew she could handle it.

But once, early on, Myra had one of these bouts of insecurity.

“I was sitting there, and I was beginning to feel a little sorry for myself and a little worried, and I thought to myself, ‘Well, I’m not dead yet,’ ” Myra said.

From there, Myra knew she had to fight. She told several relatives about her diagnosis — not to worry them, but to not rob them of the chance to pray for her, something Myra knew they would want to do.

She also started signing her emails #letsbeatthis to remind everyone she was ready to give it her all.

“The most important things for everyone to know was that I was going to go through it fearlessly and joyfully and with God’s presence,” Myra said.

Fair warning: This part will probably make you cry.

Myra has a really great family. Her sister came in from California to take care of her for six weeks during chemo, and her siblings in Mobile and Cullman were equally supportive.

Still, there are several moments that stand out for Myra. But first, let’s back up a little bit: The Sandersons love musicals. When Myra needed cheering up, she would listen to “He Is Not Dead Yet” from “Spamalot.” So, when the Broadway Theater League brought in “Les Misérables,” Myra knew she had to go.

A few days before they were set to go, Myra and her husband were sitting at home when he jumped up and said he had something to do at the office. He’s a lawyer, so it was a little off but not unheard of.

When he came back a few minutes later, he said, “You won’t believe what I found at the office.” Myra turned around to see her son who had flown in from Portland to see the opening night of the play with Myra, her husband and many of her family members.

Another one of the moments that stands out to Myra happened after her second treatment of Red Devil. Her hair had started falling out in clumps, and even though her hairdresser had given her a close crop hairdo, it was still coming out faster than she thought it would. One morning, Myra asked her husband if he would shave her head — and he did.

“I sat in the bathroom, and he shaved my head. And it was one of the most tender moments ever,” Myra said. “He was so sweet. Tender, but bittersweet.”

There’s never a good time to get cancer, but if there were, Myra said she has been there. There were several family obligations that were resolved the day of the biopsy. Myra said Habitat for Humanity is honored to have a dedicated staff in key positions who have been with the affiliate since 2002. With a creation of a new position to handle daily operations earlier in the year, all the staff were ready to continue Habitat’s mission in Myra’s absence.

“It couldn’t have come at a better time. … God had prepared (everything), and every aspect of my life was going to be OK outside of (cancer),” Myra said. “God has it. Getting to the point of knowing that God has it is a true blessing.”

After Myra finished the Red Devil chemo, she had a break before going through another, milder round of chemotherapy and is currently receiving radiation treatments. Surgery removed the lump, and Myra has returned to work. Her prognosis for full recovery looks good.

And, just like her granddaughter said, Myra’s hair is growing back.